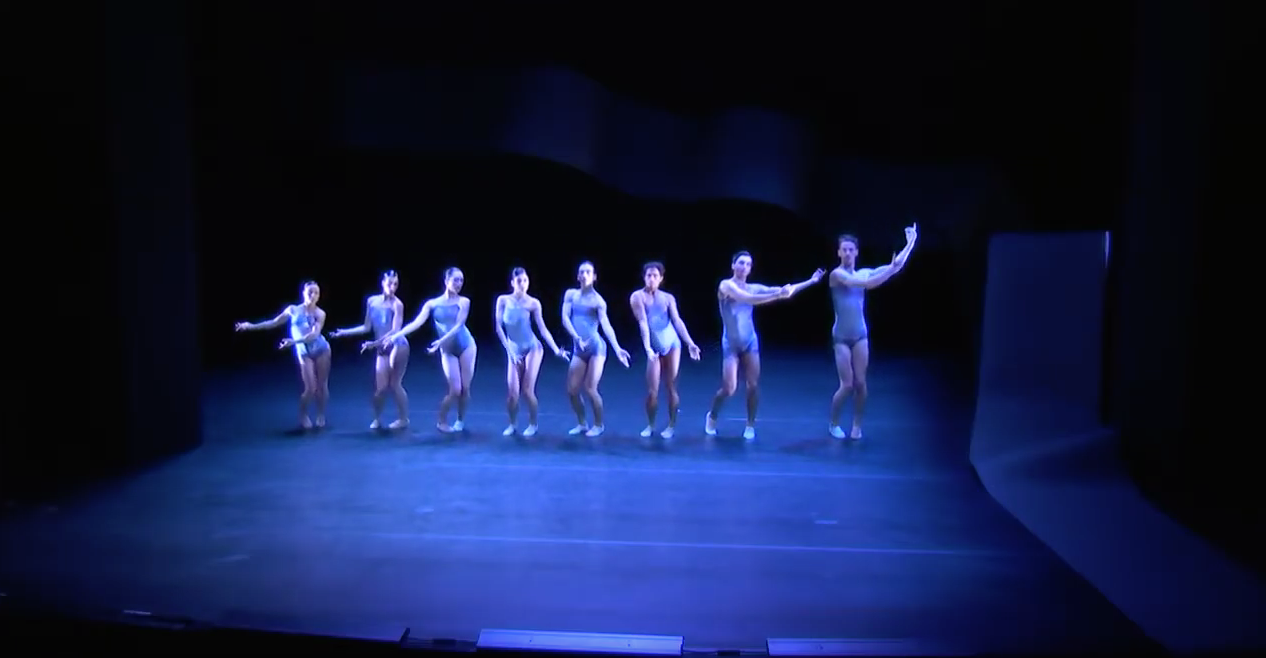 Visual art, ballet and music interact. Albrecht Elsässer has created five stainless steel objects that deal with the development of the human personality. He is particularly interested in processes set in motion by intra- and interindividual interactions that shape a personality. To express this he has found forms of impression, expression and compression, which Antoine Jully takes up in his creation. Gunnar Brandt-Sigurdsson composed a commissioned work for this purpose, which will present the theme using a wide variety of musical resources.

At the theater, new stage sets are built every season, and many raw materials such as wood, metal, fabric, paint, etc. are used for this. Antoine Jully would like to make further use of these resources and invites So-Yeon Kim-von der Beck and Guillaume Hulot, two guest choreographers, who deal with aspects of the environment and sustainability in their creations for the BallettCompagnie Oldenburg with very different movement languages in ‚Human‘ and ‚RAVAGES‘. Hulot takes up current questions that are on the minds of many people: In what state has humanity brought our planet?, How could it come so far and What will we leave behind? – Perhaps there is still room for a dream that it is not too late?